10 Successful Businesses Whilst Their Founders Were At Uni 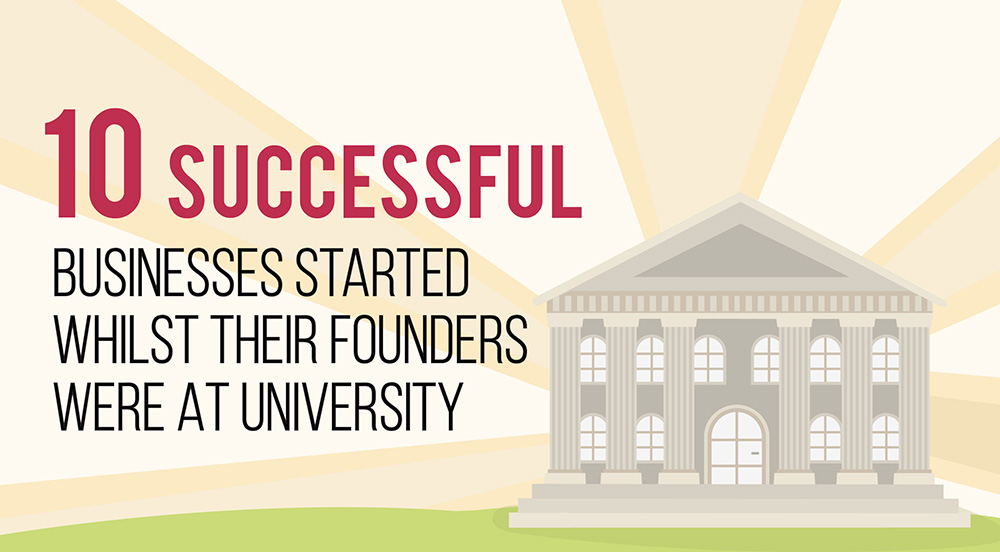 It was recently reported by Santander that up to a quarter of current UK students have started a business whilst at university.

Taking the entrepreneurial route and starting a business is a great way for students to earn an income as well as gaining business experience across a range of disciplines from marketing to accounting.

If youâ€™re looking for inspiration for the next big student start-up, why not take inspiration from these 10 successful businesses which were started whilst their founders were still at university:

All it takes is one great idea combined with drive and determination, as has been proven by these 10 successful university start-ups. Have something in mind? Go for it; it could well be the next Facebook or Google!