The International Student’s Guide to the UK 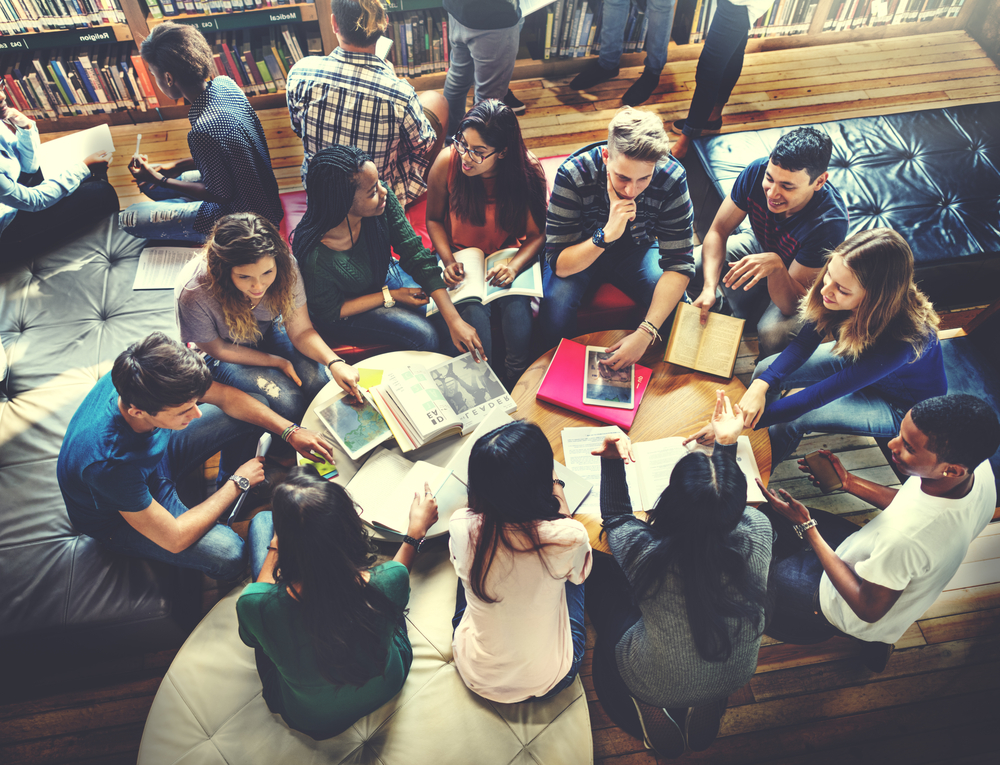 Despite increasing tuition fees, more and more students are coming from overseas to study here in the UK.

At the latest estimate, there were as many as 436,585 international students studying in the UK according to the UKCISA (the UK Council for International Student Affairs).

That’s 19% of the whole student population! In fact, the UK is second only to the USA as the most popular location for foreign students to study.

We have one of the best higher-education systems in the world here in the UK, so it’s little wonder that it’s such a popular destination for those wanting an English language education.

So, with so many international students deciding to call the UK home, we’ve decided to put together the Bellvue Students ultimate guide to studying in the UK!

Higher Education in the UK

Despite being a relatively small country, the UK is home to over 100 universities covering a huge range of diverse courses.

However, despite having so many places to study, competition is still incredibly high for places, with 532,300 people being accepted onto courses in 2015 alone according to UCAS, who will handle your application process.

This means that you’re going to have to apply early to have the best possible chance of being accepted.

The entry requirements for your course will vary, so it’s best to inquire with specific institutions.

Do bear in mind though, that you will need to show that you have a good understanding and competency in English.

As for how long courses last, the standard duration is three years (four in Scotland), although many offer what are known as ‘sandwich years’, where you will undertake an extra year gaining experience in a workplace.

It’s also worth remembering that post-graduate and Masters degrees are shorter in length, whereas certain subjects such as medicine and law can take as long as five years.

Tuition fees are a hot topic of discussion in the UK and they can be even higher for international students.

The actual fee will depend on your university and possibly where you are from, but according to Top Universities, international students can expect to pay as much as £11,987 per year.

With such high tuition fees, most students seek some extra financial help, so we’ve decided to devote an entire section toward funding your tuitions fees, as well as just your day to day living.

As we’ve noted, tuition fees do vary a lot, and as a general rule, they’re a lot more expensive in London and get cheaper the further north you go.

So, while London is often a big attraction for international students, it might be a good idea to look a little further afield to save yourself some money and get to see more of the UK.

So, how are you going to fund it all? 65% of international students receive funding from their family, but there are also other options available.

The best place to start would be to do some research and see if your own government or other companies at home can help you out.

If you do go down this route, do be aware that some places might only offer you funding on the condition that you return home after your degree.

There are also international organisations which may be able to help, such as the Fulbright Commission for students from the US.

Other organisations include the UN, AMIDEAST, the World Council of Churches and Open Society Foundations.

The UK universities themselves may also offer you some limited financial aid, so it’s worth contacting them directly.

Some private institutions here in the UK might also be able to help out, such as InternationalSchoralships.com, IEFA, and International Student Loan.

Scholarships are another great way to gain funding to help you study in the UK, but you’re going to have to put in a lot of time and research to secure one.

It can be difficult to find a scholarship that’s right for you, and even if you do, they require a comprehensive application to be accepted.

That being said, there are a couple of great free resources, such as InternationalScholarships.com and IEFA which we mentioned previously, and Education UK.

Failing these resources, you’ll have to get on Google and do some research of your own!

Please do be aware though, there are lots of scholarship scams out there, and international students are prime targets.

This means you should never pay money to secure a scholarship, and if an offer sounds too good to be true, then it probably is!

Of course, your tuition fees aren’t going to be the only cost that you’ve got to worry about when studying in the UK.

Firstly, your accommodation. You have lots of choices of where to live, with halls of residence being the most popular option.

Like any accommodation, the price will vary depending on the halls and where in the UK you are, with some starting at £50 per week in some universities and £80 in others.

While some will have catering facilities, most will provide you with a kitchen and you will have to cook your own food.

You can also opt to find your own accommodation such as our own flats in Preston, Keele, Stoke, Crewe and Middlesbrough and share with fellow students, which can often be a cheaper option once you split up rent and bills.

You’ll also need to budget for some or all of the following:

      Mobile phone contract (although you may find prepaid cheaper).

      Internet connection if you’re living in private accommodation (generally around £5 a week).

      Water, heating electricity bills for private accommodation (can be anything from around £10 a week depending on usage).

      Travel, especially in London where you’ll be using the Tube and other public transport.

      Study materials such as textbooks and notepads etc.

      And of course, you’ll need to set aside some other funds for recreational time such as nights out, trips to the cinema etc.

Student Life in the UK

The UK if a fantastic country to live and study in, and there might be a lot more to it than you might realise.

Firstly, you probably imagine the UK to be cold and wet, and while this certainly can be true, UK weather is a lot better than a lot of people think, especially during the summer months.

As for the people of the UK, any stereotypes you have heard are unlikely to be true, and especially over the last 30 or 40 years, the country has become much more cosmopolitan and multicultural, especially in London, and there are many nationalities, ethnicities and religions represented in the UK, so people from all backgrounds are welcomed.

While everyone speaks English, one thing which you will quickly notice is that there are a number of different accents to get your head around, whether it be Cockney in London, Scouse in Liverpool, Geordie in Newcastle or Brummy in Birmingham.

If you choose to live in a big city such as London or Manchester the best way to get around will be using the Underground or tram systems, which serve almost the entire city.

If you’re in a slightly smaller city or you just don’t want to get the metro, buses are also a convenient way to get around.

Inter-city rail travel is also improving in the UK and is still probably the best way to get around the country.

Entry to the UK has become harder throughout the years as the Government tightens border controls, and things could get even tougher after the recent vote to leave the EU.

However, none of this should deter you from wishing to study in the UK, so we’re going to take a look at the rules as they currently stand.

Currently, if you’re living in an EU country, you will not need a visa, although this could change in the wake of Brexit.

You should apply for one of these before leaving your home country and make sure that you have all of the necessary documentation or else you risk being turned away.

When you qualify you’ll need to be enrolled in a recognised full-time degree, be able to show you can pay for your course, and intend to leave the UK after your studies (although you may be able to apply for an extension).

We hope you’ve enjoyed our guide to being an international student in the UK. If you have any further questions make sure to head to UKCISA, and stay tuned to our blog here at Bellvue.

Ask us a question
×